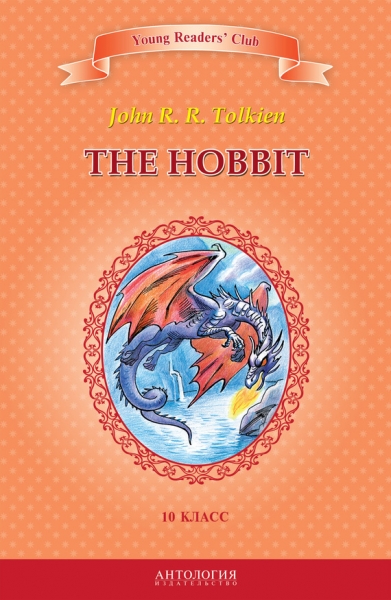 In a hole in the ground there lived a hobbit. Not a dirty, wet hole, filled with the ends of worms and a bad smell, nor yet a dry, sandy hole with nothing in it: it was a hobbit-hole, and that means comfort.

It had a round door like a porthole, painted green with a shiny yellow brass knob in the middle. Behind the door there was a hall like a tunnel: a very comfortable tunnel without smoke. On the floor there were carpets and chairs, and on the walls there were lots of pegs for hats and coats – the hobbit liked visitors. The tunnel wound on and on, going into the side of the hill – The Hill, as all the people for many miles round called it – and many little round doors opened out of it, first on one side and then on another. Bedrooms, bathrooms, cellars, pantries, wardrobes, kitchens, dining-rooms, all were on the same floor. The best rooms were all on the left-hand side, because only they had windows, round windows looking over his garden and meadows, going down to the river.

This hobbit was a very rich hobbit, and his name was Baggins. The Bagginses had lived in the neighbourhood of The Hill for a long time, and people considered them very respectable, not only because most of them were rich, but also because they never had any adventures or did anything unexpected. This is a story of how a Baggins[1] had an adventure, and did completely unexpected things. Maybe, as a result, he lost the neighbours’ respect, but he gained – well, you will see whether he gained anything in the end.[2]